San Jose, like most of the Bay Area, has a Mediterranean climate (Köppen Csb). San Jose has an average of 301 days of sunshine and an annual mean temperature of 60.5 °F (15.8 °C). It lies inland, surrounded on three sides by mountains, and does not front the Pacific Ocean like San Francisco. As a result, the city is somewhat more sheltered from rain, giving it a semiarid feel with a mean annual rainfall of 15.82 inches or 401.8 millimeters, compared to some other parts of the Bay Area, which can receive about three times that amount.

Like most of the Bay Area, San Jose is made up of dozens of microclimates. Because of a more prominent rain shadow from the Santa Cruz Mountains, Downtown San Jose experiences the lightest rainfall in the city, while South San Jose, only 10 mi (16 km) distant, experiences more rainfall, and somewhat more extreme temperatures.

With the light rainfall, San Jose and its suburbs experience about 300 fully or partly sunny days a year. Rain occurs primarily in the months from November through April. During the winter and spring, hillsides and fields turn green with grasses and vegetation, although deciduous trees are few. With the coming of the annual hot summer dry period, the vegetation dies and dries, giving the hills a golden cover which, unfortunately, also provides fuel for grass fires.

The snow level drops as low as 2,000 ft (610 m) above sea level, or lower, occasionally coating nearby Mount Hamilton and, less frequently, the Santa Cruz Mountains, with snow that normally lasts a few days. Snow will snarl traffic traveling on State Route 17 towards Santa Cruz. Snow rarely falls in San Jose; the most recent snow to remain on the ground was on February 5, 1976, when many residents around the city saw as much as 3 inches (0.076 m) on car and rooftops. The official observation station measured only 0.5 inches (0.013 m) of snow. 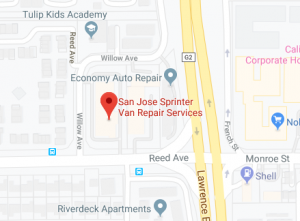